Seeking to Be a Disciple and Make Disciples 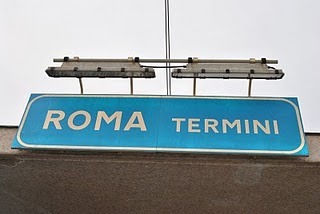 It was an unexpected trip. Sherry and I are planning to visit Ryan in Italy later this year in September. However, I had a couple of trips that were planned for March and April that were postponed, so Sherry felt that Ryan and I needed to spend some time together Sherry is busy getting the preparation done for Let’s Start Talking Teams to go to the field to share Jesus and themselves with people around the globe. She could not take time away from her ministry, so she made the sacrifice.  She made the decision since I was not traveling for ministry that I needed to travel for family. She quickly got on the internet, used some of our mileage and said, “Here are your tickets leaving on the 5th of April and returning on the 13th, I am about to purchase them.” When you wife says you are going to Italy to see your son, one does not argue!

I flew into Rome and Ryan had given me instructions on how to take a train from the airport to the main train terminal in Rome where he would meet me. On the short train ride, I did what I general do on foreign trips, I wrote a prayer in my journal asking the Lord to use me, teach me and accomplish His will on the trip. I had just finished that journal entry and looked out the window and saw the sign that said, Roma Termini. I will never forget the feeling, my heart jumped and all I could say was “I am going to see my son!” It has been almost a year and it will be over a year until Sherry sees Ryan. My wife had given me a special blessing that even I did not know how much I needed, to see my son and see how God is at work in his life.

It has been awesome to be in Rome, Prato and today going to Florence. However, the greatest blessing has been to be with my son, his mission team, his coordinators and the church in Prato. I have seen growth take place through trials, through being surrounded by good people and through time in the word and prayer. I praise God for a wonderful wife, willing to make a sacrifice and a son growing in the Lord.